Time is Brain: A Guide to Better Understanding a Stroke 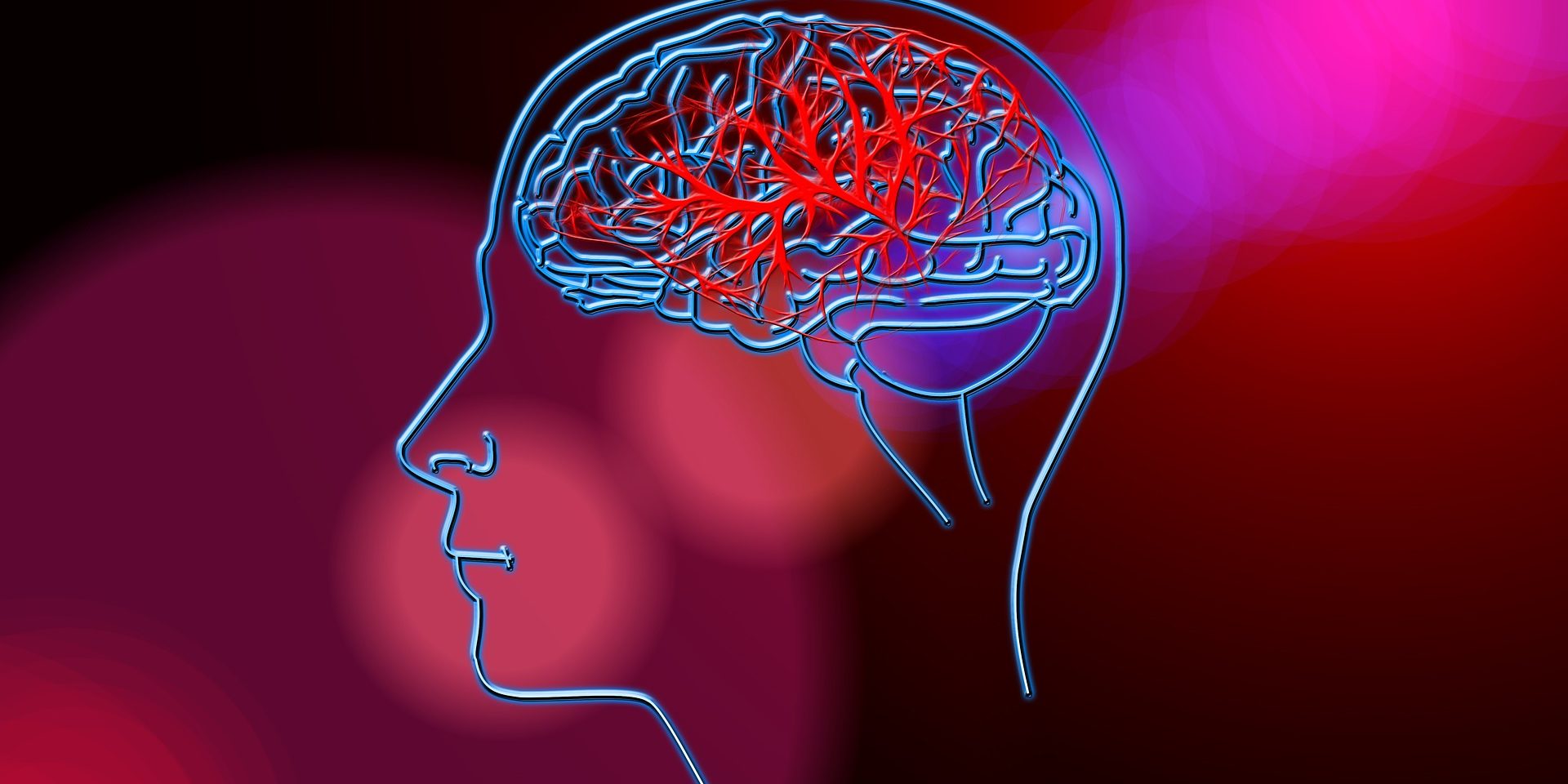 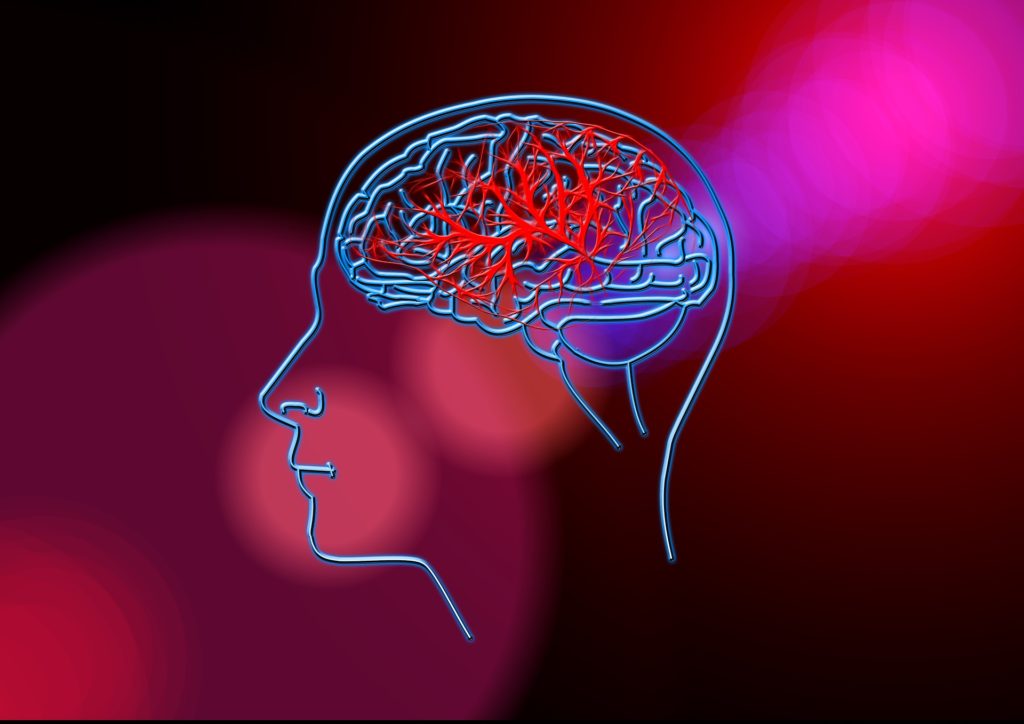 Stroke advocacy organizations emphasize “Time is brain”, reflecting the importance of rapid treatment for stroke. The World Stroke Organization (WSO) states that an ischemic stroke kills about 1.9 million brain cells in less than 60 seconds. The longer it takes to get treatment, the more it will take a toll on your brain and general health. In this NeuroNow article , we explain the different types of stroke, their effects on the brain, and how treatment using virtual reality (VR) has the potential to improve the damage by inducing neuroplasticity.

Stroke: Who, What, Where?

Stroke is a global epidemic and can happen to people of all ages. According to the World Health Organization (2014), globally there are about 17 million new stroke cases each year, of which approximately six million result in death. There are currently about 80 million people around the world that have experienced a stroke, of which over 50 million people are permanently disabled in some way. Although a stroke can happen to anyone, some individuals are more at risk. The leading risk factor for stroke is high blood pressure, which can be hereditary; or caused by unhealthy diet, low physical fitness, smoking, diabetes, aging, or drug abuse.

Not all Strokes are the Same
A stroke occurs when a blood vessel in the brain  is either blocked by a clot (ischemic), resulting in limited blood flow to certain brain areas, or ruptures (hemorrhagic) causing bleeding into the surrounding brain tissue. In turn, a lack of oxygen, that the blood normally provides, kills the brain cells which results in loss of function of the part(s) of the body that these particular brain cells control. In addition to these two major types of stroke, there are also  ‘mini strokes’ referred to as transient ischemic attacks (TIA). These are similar to an ischemic stroke, but in this case the blood vessel is only blocked for a few minutes. 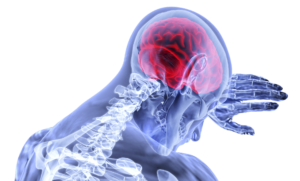 So how do you know if you or someone close to you has experienced a stroke? It is important to understand what to look for. In cases when someone experiences a TIA, knowing the early signs of a stroke can actually help to avoid a major stroke. F.A.S.T. is an acronym to help you identify the typical symptoms of a stroke. It stands for: Face drooping (paralysis of one side of the face), Arm or leg weakness (numbness of the arm and leg, trouble walking), Speech difficulty (slurred speech, inability to speak and trouble understanding what others are saying), and Time to call for help when you observe any of these signals. 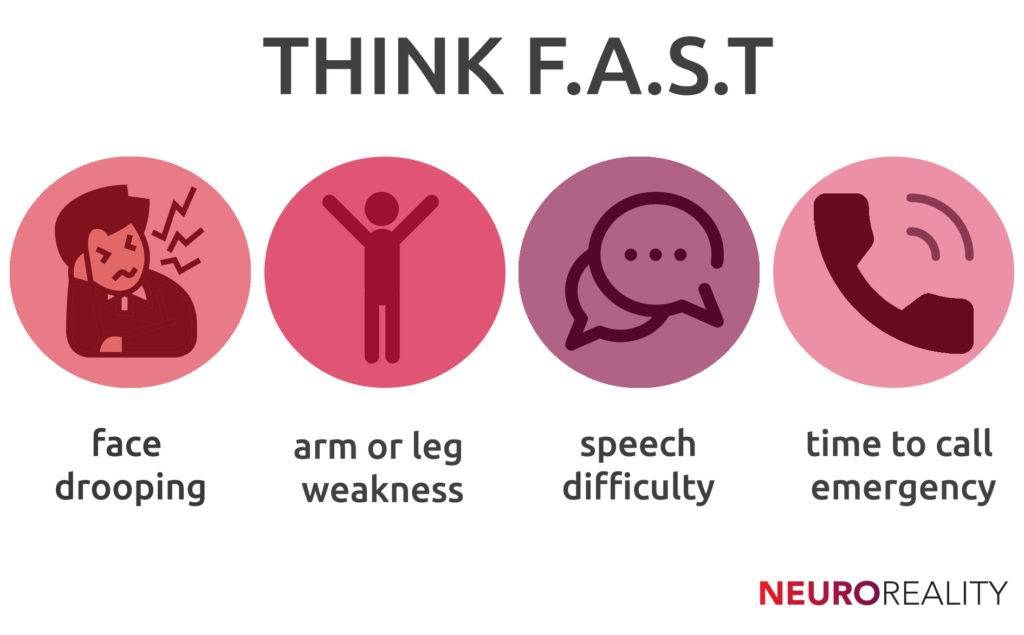 What Happens to the Brain Following a Stroke?

Our brain is the most complex organ in the human body and is responsible for coordinating all the vital functions needed to function. It is composed of two halves or hemispheres and strokes can happen in either the left or right cerebral hemispheres of the brain. The brain is further divided into four main areas that each control different bodily and cognitive functions: the frontal, parietal, temporal, and occipital lobes. Depending on where the stroke occurs, people can experience motor impairment and/or cognitive disabilities.

Although motor impairments are easy to spot, cognitive problems are considered to be ‘hidden’ symptoms of stroke, and are often less understood by loved ones and society. Simply put, cognition is the processing, organizing, and storing of information to assist you in your everyday tasks. These vital functions allow you to understand and interact with the world around you. Cognitive problems after stroke can make even the simplest tasks, such as putting on socks and shoes in the correct order, remembering a phone number, or managing money, very challenging and frustrating. As previously mentioned, our brain is modular and specific brain areas are primarily focussed on carrying out particular tasks involved in cognition. For example, there are areas dedicated to processing information, making decisions and planning (executive functions), processing sensory stimuli, control of our attention, memory, visual functions, emotional regulation, language production, and sound processing. However, since the brain is an integrated network of neuronal connections and most brain functions rely on different regions across the entire brain, a stroke in one particular area can cause multiple functions to be disrupted. Therefore, stroke is not one specific condition, but a complex interaction between different brain areas that can result in a list of symptoms that vary from person to person based on the severity and location of the stroke. 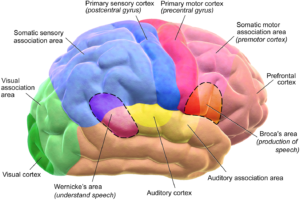 Strokes can cause irreversible damage to the nervous tissue of the brain almost immediately, so the quicker stroke survivors start with rehabilitation, the more likely it is that brain functions can be restored. Although brain damage cannot be reversed, the good news is that training our brain can lead to the reorganization of the areas that were damaged via the formation of new neural pathways, referred to as neuroplasticity. This means that certain functions that were previously carried out by a specific part of the brain will be rewired to other, healthy parts of the brain. Besides this, tissue that is close to the damage, can be saved. The most common brain cells are called neurons. We have about 100 billion neurons in our brain and synaptic connections allow neurons to pass information from one to another. After a stroke, collateral sprouting of neurons (the creation of additional branches that establish new connections with other neurons) can make up for the lost synaptic connections. This synaptic plasticity, also referred to as neuroplasticity, shapes brain connectivity and has the potential to enhance brain functioning and lessen the severity of cognitive problems after a stroke. 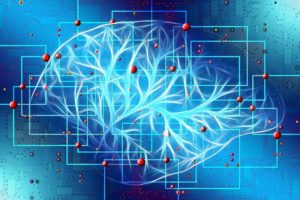 Stroke Rehabilitation Based on Neuroplasticity

The best way to enable our brain to rewire itself following a stroke is to actively use it! Similar to the way we target specific parts of our body during physical training, brain training can induce neuroplasticity. The problem is that healthcare systems around the world have limited resources. Of course, the goal of medical practitioners is to get people back to their lives as quickly as possible, so physical deficits and language impairment are the priority in rehabilitation, often leaving stroke survivors to cope with cognitive problems on their own. Currently, only 1 in 10 stroke survivors receive cognitive training or rehabilitation from a medical practitioner. What is often recommended for the stroke survivor is ‘acceptance’ of the new reality or deficits and learning ‘compensation strategies’ to make up for loss of functions, yet research shows that neuroplasticity can occur even years following a stroke, helping us to improve or recover lost functions.

Many people who have a stroke don’t know much about cognitive deficits or how neuroplasticity works. So the ability to improve cognitive skills like attention and memory often gets overlooked leaving people with long-lasting, life changing consequences. When we talk about physiotherapy or the gym we usually have specific training goals in mind. Training can be tiring, but over time training becomes easier and we enjoy seeing the positive results from our efforts. When it’s carried out traditional cognitive rehabilitation/brain training can also be tiring and maybe even be emotionally draining, nonetheless, it leads to positive results! A holistic approach that targets training both physical and cognitive impairment, has been shown to lead to greater improvements in those who have experienced a stroke.

How Can Using Koji’s Quest Help?

Playing games, solving puzzles, listening to music, and reading are all ways to induce neuroplasticity and train your brain to help it recover, but none of those activities are designed to target specific cognitive functions, nor do they include any physical activity. NeuroReality created Koji’s Quest, a VR-based cognitive rehabilitation and training tool, to help make the healing process less difficult and more fun for stroke survivors, because let’s face it, if you’ve experienced a stroke, you are already having a hard enough time adjusting after this disruptive event.

With Koji’s Quest, it is possible to train a variety of vital cognitive functions including attention, memory, mathematics, executive functioning, and visuospatial functioning. Koji’s Quest provides personalized training so that no matter what type of stroke or what type of  challenges the stroke survivor is experiencing, whether cognitive or mobility, the brain training can be focused on each individual’s specific deficits and can be completed by everyone. Koji’s Quest can be played using either the interactive controllers, which increases physical movement, or, for those with motor impairments, with our gaze function. While playing Koji’s Quest, players receive both visual and auditory feedback to increase motivation to return to the training again and again. Research shows that this kind of training has the ability to induce neuroplasticity and, subsequently, improve activities of daily living such as dressing, cooking, driving, going to the grocery store, or remembering important dates.

Our goal is to help stroke survivors regain their independence and have a higher quality of life. Taken together, cognitive rehabilitation in an immersive and stimulating virtual environment, allows for a whole new range of possibilities for treatment. As VR technology is continuing to become more accessible, affordable, and sophisticated, this is just the beginning of a new era in digital stroke care. 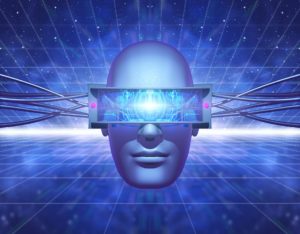 Caroline de Booij
Is a Biomedical Neuroscientist (M.Sc.) and Researcher at NeuroReality. She has a background in clinical research using different types of brain imaging and brain-machine interfaces. Caroline has extensive knowledge of both the acquisition and the analysis of neural data.

Next week on NeuroNow: “The virtual reality for cognitive rehabilitation“. In this NeuroNow, we will go more in depth with science-based gamified versions of training the post-stroke brain.

NeuroReality is currently in the process of setting up clinical trials for Koji’s Quest. Want to participate or do you want to try out our software in your rehabilitation facility or practice?

NeuroReality is working hard on polishing Koji’s Quest and getting our product in the Oculus Quest store soon. Can’t wait?

Contact us
Go to Top
We use cookies to ensure that we give you the best experience on our website. If you continue to use this site we will assume that you are happy with it.Ok